A few nice how can we images I found: 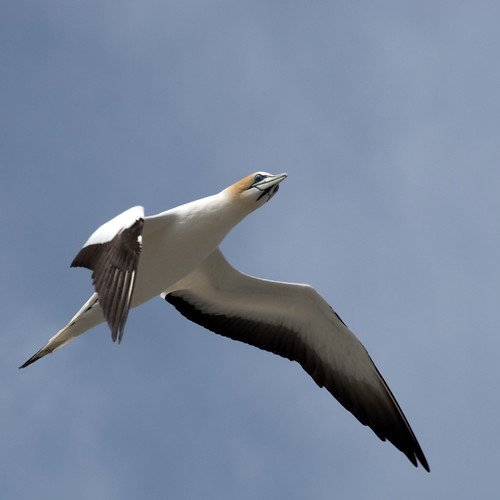 In another photo I outline the hypothesis that one or more nearby supernovae helped wipe out the ancient cousins of this bird. In all fairness, I should say that any exploration of this hypothesis on the web soon leads you to a land almost as confusing as Wonderland.

For example, in "Supernova Explosion May Have Caused Mammoth Extinction," Richard Firestone and Allen West suggests that a supernova may have led to the extinction of the mammoth.

If I have understood the article correctly, they envisage a supernova explosion 250 light years away and 41 000 years ago. They think that a shockwave in the form of grains of iron reached Earth 34 000 years ago. Their evidence for this is "mammoth tusks that are peppered with tiny impact craters." They also think that 13 000 years ago a comet created from the debris of the supernova hit the part of the planet that would become North America.

In the article, we learn that the investigators tried firing shotguns at elephant tusks to see whether they could make holes equivalent to the ones they found in mammoth tusks. A small shotgun pellet (birdshot) weighs a bit less than 0.1g. How can we get a better guess at the mass of these interstellar iron grains?

Supernovas normally release about 10^28 megatons, which if it were all devoted to blowing off mass is the equivalent of accelerating 10^30 kg to 3% of the speed of light. Viewed from a point 250 light years away, the Earth occupies roughly 10^-27 of the celestial vault. Assuming the debris field of the supernova is reasonably uniform in all directions, then we must distribute 10^30kg into 10^27 portions, which results in 1 tonne per portion. Each mammoth tusk apparently took several hits, so let us guess that 10 grains hit each square metre of the Earth’s surface. We must distribute the single portion of the core that hit the Earth into 10 times the number of square metres of the Earth’s cross section (10^11 sq m) – or perhaps surface area (5*10^11 sq m). This gives us an estimate in the region of 10^-9 kg per grain – or 0.000001g, which is about a hundred thousandth of the mass of a small shotgun pellet.

If you brought a mass of 10^-9 kg to a halt from a velocity of 3% of the speed of light, you would convert so much kinetic energy into heat that it would have the effect of an explosion of about 10g of TNT. Quite enough to make a hole in a tusk, you’d think. If the grains were 10 times less massive and 10 times as dense (100 per square metre), it’d be the equivalent of 1g of TNT per grain – but the overall effect would still be the equivalent of 100g of TNT per square metre of the Earth’s surface. Rather sparkly.

The interaction of the grain with the atmosphere would be interesting. To within an order of magnitude, the atmosphere is 100km thick. The grain would traverse it in 9 milliseconds. In its journey, it would collide with quite a column of molecules. What would this look like? Would it make an instantaneous bright needle-thin streak, like a meteorite, or would it provoke something more exotic? How much of the energy of those collisions would it absorb? Would it have time to vaporise? One can imagine an entire atmosphere heated to incandescence by millions of noisy detonations. Quite a breathtaking fireworks display – ten megatons worth, in fact.

It is perhaps worth mentioning that other supernova debris fields consist of tenuous plasma, not solid particles.

But this is just a prelude. When we turn to the comet, things get spectacular.

Firestone and West believe that supernova debris somehow clotted into what the article describes as "comet-like objects," without proposing a mechanism for this remarkable phenomenon. Beyond stating that they were low-density, they do not suggest what composed these comets. Be that as it may, one of the comets was a bit late to the party but smack on target, scoring a bull’s eye not just on Earth, but as luck would have it, on North America. It was 10km across. Now even if it’s the consistency of silica nanofoam, the lightest known solid, that is a considerable chunk of matter, amounting to 10^11kg. Moving at a tenth of the speed of light, this object must have packed a hell of a punch – 10^8 megatons, in fact. The Chicxulub bolide released 10^8 megatons, too, but hit the earth 65 million years ago and a lot of geology has happened since then. The Firestone and West impact was a mere 13 thousand years ago so we should be able to find the impact crater. Come to think of it, it should still be smoking.

Let’s say that we were really unlucky, and the odds against getting in the way of the F&W bolide was one in ten million. That would mean that there were some 10^20 of these comets raking across the cosmos. I think we may have just increased the mass blown off and energy released by the supernova by an order of magnitude. So perhaps there were 10 supernovas. All this excitement, just 250 light years away. Or perhaps we were having a seriously bad hair day, and, against odds of 1 to 10^27, stopped the only comet of its kind.

Whatever. This cometary impact "unleashed a cataclysmic event," they say, "that killed off the vast majority of mammoths and many other large North American mammals." So we were lucky, then. Last time, it put paid to the dinosaurs and left the world to some sorry little rodents.

Oh, and the ancestor of this bird. 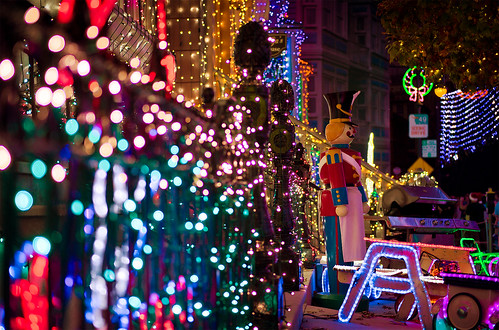 2012-12-08 19:59:30
Posted Date: 2012-12-08 19:59:30 , By : Tom.Bricker
how can we
I really love taking the wide, sweeping landscape photos of the Osborne Lights in Disney’s Hollywood Studios, as I think those truly capture the scale and grandeur of the presentation. I also like trying to capture the details of the display that get lost when we focus on the big picture. When you look at these details, you see just what a quirky display this really is.

This is part of the big draw of the Osborne Lights for me. We’ve all heard the story about the black cat being a Halloween decoration that was accidentally shipped to Disney; it’s not just the black cat that seems out of place in the grand scheme of things. So many portions of the display seem to ask and answer the question: "Hmmm, how can we incorporate this yard fixture into our Christmas light display?" I can just imagine Jennings Osborne sitting in his yard in the 1990s, pondering this for himself until the lightbulb in his head went off (with the answer invariably being some variation of, "let’s wrap it in lights!").

I’m glad that Disney has retained these bits of character in the display over the years. It would have been easy to just make the Osborne Lights a sterile "mega light" show like those you frequently see put on by corporations. By retaining these little oddball details, Disney retained the charm that gives the display its true warmth and allure, and the lights remain the Osborne Family Lights and not Disney’s Spectacular, Magical Light Display at Disney’s Hollywood Studios presented by Sylvania, a Seimens Company.

Check out some of my other Osborne Lights photos here.

How about: Self Awareness is Not For Wimps? 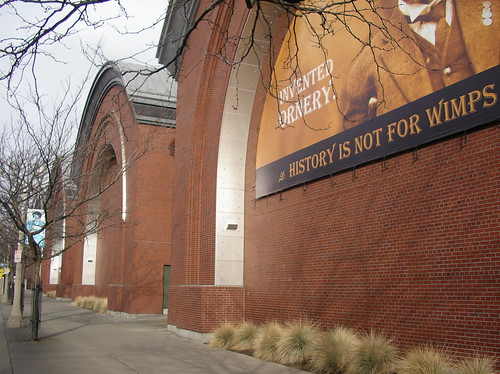