Check out these iphone 3g images: 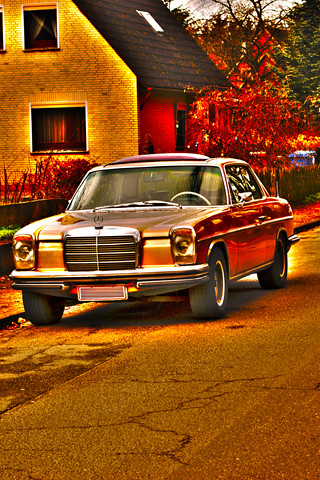 This young man and woman seemed to be writing a computer program, or perhaps building a website, as they sat in a shady area off to the side of the people waiting in line … I didn’t get close enough to them to see exactly what they were up to …

Silly me: after the iPhone 3g had been out for a full week, I thought I could stroll right into the Apple Store on Fifth Avenue & 59th Street in mid-town Manhattan, and simply buy one without any muss, fuss, bother, or delay.

But when I arrived at 11 AM, I found a line of approximately 150 people waiting outside in the broiling sun, not seeming to move forward at all; it turned out that the Apple store "concierge" folks were letting them in in groups of ten, when the previous ten had been taken care of. When I asked the woman how long she had been waiting, she said, "Four hours" — she had arrived at 7 AM, having already determined that the AT&T stores were sold out throughout New Jersey and Connecticut.

Well, I’m a gadget freak and a Mac fan, but there’s a limit to my passion for such things; four hours was just too much. So instead, I decided to take a bunch of pictures of the people who were in the line. Of course, I have no idea whethere the people queued up in front of Apple stores in other cities (or at other stores here in NYC) are similar to this group … but I’m inclined to think that they are. And if that’s true, then the demographics of this group — in terms of age, gender, nationality, ethnic groups, etc. — is particularly intriguing. I saw only one guy dressed in a corporate uniform of suit and tie; Apple may be trying to break into the "enterprise" market, but that’s not who was standing in line for all those hours in the sun…