Check out these how can we images:

Flock of snow geese close up with cows 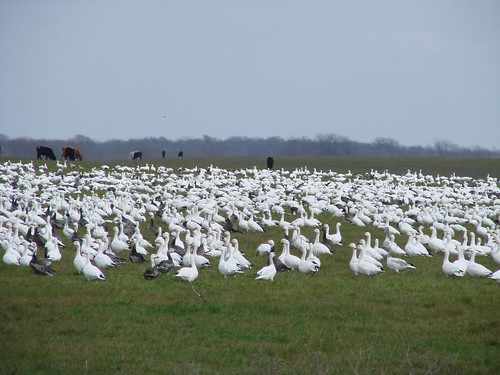 Here’s the Wikipedia article on these birds. Grandma Tina found a web page from the U. S. Government that discusses the different color morphs. You can see different colors at the larger sizes. 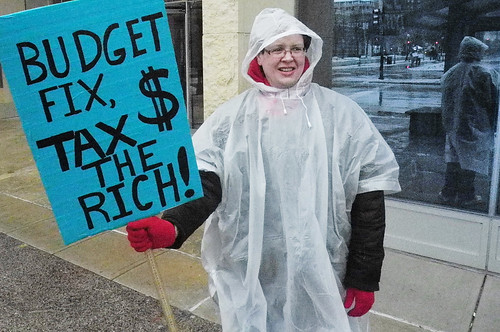 Walker supporters keep shouting "there’s no money" as if it had suddenly just evaporated and there’s nothing to be done but make massive and savage cuts in our public services — and, now, strip workers of their collective bargaining rights. But we wouldn’t be in this fix if we hadn’t been cutting taxes for those best able to pay for years. There is another way. In Minnesota, Gov. Mark Dayton proposes erasing about half of their budget deficit by taxing the rich. Why can’t we?

After shooting what seemed like an endless stream of cute, bright flowers, I fancied trying my hand at something a bit darker. I spotted this Knight figure at the market when we were picking up the flowers. The stall owner only wanted for it so I grabbed it and dumped it in the prop cupboard.

Today is a public holiday in Brisbane (for the Ekka show) so I had some free time to take a picture. I grabbed the Knight and plonked him on a sheet of shiny black card. This highlighted a problem straight away. No amount of careful balancing would keep him upright. I got round this by sticking double sided tape on his feet and putting a rock on the back of his cloak. With him firmly held in place I also added a few stones in front of his feet to break up the horizon.

I added a background light first using a red gel onto the PVC frame background I made for the conference room shots.

Next I added the two rim lights behind the Knight on the left and right. Finally I added a light strip softbox to the front right of the figure.

After taking a few test shots I decided that he still didn’t look sinister enough and thought a bit of a glow in his eyes might do the trick. I grabbed a couple of laser pointers and fixed them into two super clamps on light stands. After aiming them at the Knights eyes, I put the camera on a tripod and took the final shot.

I did think a flaming staff would have been effective for this pose and I considered building one out of solder and wire wool. In the end, I decided I preferred the house in a less burnt down state and called the picture finished! 🙂

Learn how to light: www.strobist.com