A few nice how can we images I found:

A WORD ABOUT MR KING

2011-03-10 18:20:43
Posted Date: 2011-03-10 18:20:43 , By : SS&SS
how can we
Representative Peter King (R-NY), Chairman of the House Homeland Security Committee, finds himself at the center of a media-created firestorm — all because he wants to investigate the extent to which some American Muslims have been radicalized and examine how cooperative the Muslim community has been in rooting out extremists in their midst.

Why this has developed into such a wildly controversial matter says more about those who are threatening, smearing, and hysterically criticizing King than it does about radical Islam. When the left allies itself with extremist groups like the Council on American-Islamic Relations (CAIR) in order to wave the flag of political correctness in America’s face, you realize that the problem is bigger than simply rooting out extremism. The exaggerated, over-the-top, self-righteous posturing coming from media outlets like The New York Times bespeaks a refusal to face up to the challenge of radical Islam in America and how to combat it.

And if we’re not prepared to address the threat of extremism in our own country, how can we possibly fight it overseas?

Leftists and their Muslim grievance-monger allies are deliberately seeking to block efforts to discover the extent of the problem of terrorism by viciously attacking the New York congressman. They are opposing King in the name of some misguided belief that because terrorism comes from a specific religious group, we must blind ourselves to the danger, else we would be guilty of “bigotry.”

The hearings aren’t about bigotry. Nor are they about the Muslim faith. They are about a danger that President Obama, Homeland Security Secretary Janet Napolitano, and Attorney General Eric Holder have all talked about recently: domestically recruited and radicalized terrorists.

It’s not as if we have no examples of this phenomenon and King is just making stuff up as he goes along. There is a man sitting in the desert in Yemen right now — a man born and raised in the United States — who has inspired and radicalized American Muslims like the Fort Hood shooter Major Nidal Hasan and served as a “spiritual advisor” to 3 of the 9/11 hijackers. Anwar al-Awlaki preached at a mosque in San Diego for years before moving to Falls Church, Virginia. There, his anti-American sermons and calls for jihad against the West fell on receptive ears. Not only Nidal Hasan answered his call to violence, but it is suspected that 5 young American Muslims from Virginia, arrested in Pakistan as they were seeking to perhaps join al-Qaeda, were also under the spell of the radical cleric. His video sermons have inspired others, such as Faisal Shahzad, who attempted to bomb Times Square, and the Christmas Day bomber, Umar Farouk Abdulmutallab.

In fact, the list of radicalized, home-grown terrorists is a long one. The question isn’t why we are looking at the problem, but why anyone in their right mind would oppose the effort in the first place?

The attacks on Rep. King are as vicious as they are unfair. The New York Times, in an editorial dripping with self-righteousness, blatantly calls him a bigot. Says the Times: ”His refusal to tone down the provocation despite widespread opposition suggests that he is far more interested in exploiting ethnic misunderstanding than in trying to heal it.”

In fact, the Times won’t even grant King the benefit of the doubt regarding any radicalization of Muslims in America. It editorializes, “Mr. King, a Republican whose district is centered in Nassau County on Long Island, says the hearings will examine the supposed radicalization of American Muslims.”

The “supposed” radicalization of American Muslims? This is the CAIR position lock, stock, and barrel. The unindicted co-conspirators in the Holy Land Foundation trial promote the idea that Americans mistake extremists for devout Muslims and that preaching jihad against the West doesn’t necessarily mean that violence is being promoted. Any effort to say otherwise is met with cries of “Islamophobia” or “racism.”

In an article in the New York Daily News on February 28, CAIR accused King of all sorts of vile offenses, including “hold[ing] hearings on the alleged ‘radicalization’ of American Muslims” and lying about the lack of cooperation between the Muslim community and law enforcement when it comes to terrorism investigations.

Despite CAIR’s caterwauling, police and federal agents confirm King’s assertion. A New York Daily News article quoted local and federal law enforcement officials declaring that King was right about the lack of cooperation from Muslims in terror investigations, although they also point to similar attitudes toward tipping police from other ethnic communities. The point being, CAIR is wrong and they know it. Their goal is not to improve communication between Muslims and the FBI, but rather to stoke the flames of distrust so that their people see a greater need for a “Muslim civil rights group” to protect them from the police and the Feds.

As you would think, the most exaggerated invective directed against King comes from the hysterical left, which as never met a conservative unfit for Hitler comparisons, or, in the case of King, a paranoid Islamophobe.

Senator Harry Reid led the charge against King on Capitol Hill. The Majority Leader assured us of his terrorism fighting credentials by letting us know that he supports hunting down terrorists and “bringing them to justice wherever they live.” But Reid is “deeply concerned” about the hearings “which demonize law-abiding American Muslims who make important contributions to our society.” In fact, Reid is as concerned as he would be “about Congressional hearings to investigate Catholics, Jews or people of any other faith based solely on their religion.”

Note that Reid completely misrepresents the goal of the hearings. Muslims are not being “investigated.” Islam is not on trial. I’m sure if Catholics carried out hundreds of terror attacks that King would find time to investigate the extremism that drove them to commit such acts as well. But the left can’t bear to have their morally relative universe shaken in this way. So, like patting down 90 year old grandmothers at airports, we must also investigate other religions, other sources of domestic terror. Then it would be “fair.” Then it would be “acceptable.”

The liberal columnists are even more hysterically overwrought over this common-sense approach to terrorism (that actually looks at those who perpetrate 95% of terrorist attacks). The Washington Post’s Richard Cohen doesn’t see what all the fuss is about. He points to a study that reports that domestic terrorism went down last year; from 47 suspects in 2009 to “only” 20 in 2010. Nothing to see here, move along. If one were to take only a percentage of religious adherents who plan terrorist attacks, Cohen would be right. It took “only” 21 terrorists to kill 3,000 Americans. The problem isn’t in numbers, but intent.

Cohen also raises the Catholic canard by weirdly comparing terrorism to the sex crimes of priests: “The government has no business examining any peaceful religious group because a handful of adherents have broken the law. If it did, it would be past time to look into the Roman Catholic Church, which clearly was – or maybe still is – concealing the sex crimes of priests and others.”

Is priestly misconduct equivalent to murdering dozens, hundreds — thousands? Cohen apparently believes this to be true.

Another Washington Post columnist, Eugene Robinson, accuses King of stoking “irrational fears” and writes, “King offers no support for his insinuation that Muslim Americans are giving aid and comfort to terrorists; to the contrary, Muslim clerics and worshipers in this country have been vocal in their rejection of jihadist rhetoric and violence.”

King makes no such insinuation that American Muslims are “giving aid and comfort” to terrorists. That’s a monumental exaggeration and proves that Robinson, like most of the left, doesn’t care about what King is actually trying to accomplish with the hearings, but rather it is that he is holding the hearings in the first place. The witness list for the hearings includes Rep. Keith Ellison, the first Muslim-American elected to Congress, as well as relatives of those who were radicalized in American mosques and a Los Angeles County sheriff who will testify about the extensive cooperation he has received from the Muslim community. It should be obvious to even the most partisan of King’s critics that he is bending over backward to be fair.

King has asked for extra security because of the death threats. But he seems undeterred. In fact, he is genuinely puzzled at the reaction from the left. “What are they afraid of?” he asks. “What are they hiding from? Why are they attacking me in such a rabid way?” Perhaps in through the representative’s hearings we will find out. In any event, Peter King’s perseverance through this onslaught of vicious criticism is to be applauded. 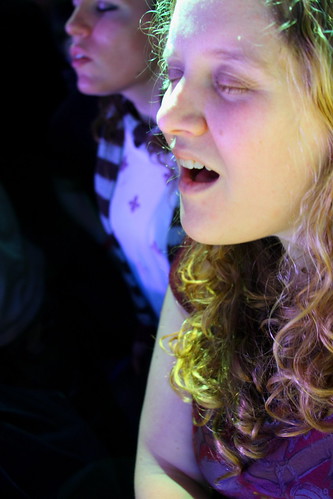 Well, the weather scared off some local HRites, so the Vineyard folk were spreading the love to relocated (to Redding) locals… So, Beth got to come along side and enjoy the conference (as her schedule allowed) as well.

I can’t remember the last time we got to even stand near each other in worship… amazing how you can live such seperate, yet intertwined lives! I’m so blessed to have her in my inner circle! 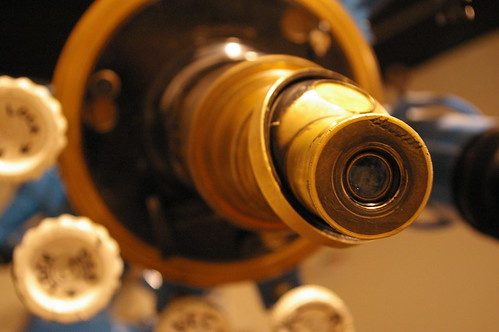